Skip to main content
Coronavirus: What we're doing to support our customers, employees and communities in the fight against coronavirus (COVID-19) Canadian Site | USA Site

As a Tier 1 Supplier to most of the major Automotive Manufacturers, Ground Effects is certified to the TS 16949 Quality Standard and in 2003 received the ISO 14001(2004) Environmental Certification.

In Addition, the following Recognition Awards have been presented to our Company: 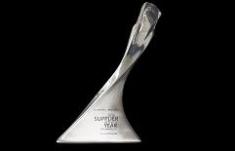 Ground Effects has dedicated itself since its inception in 1986 and has evolved into a multi-faceted supplier of quality interior and exterior accessory components for the automotive industry and more. Click for more information

Our foundation capabilities include: We pride ourselves in our in-house services for CAD/CAM Product Design and Development, Machining, Milling, Bending, and Robotic Plasma Cutting and Welding. Click for more information

All Make-A-Wish Events are postponed until 2021. Please check back early next year for more information.